50 Places to Visit In Istanbul Part 3 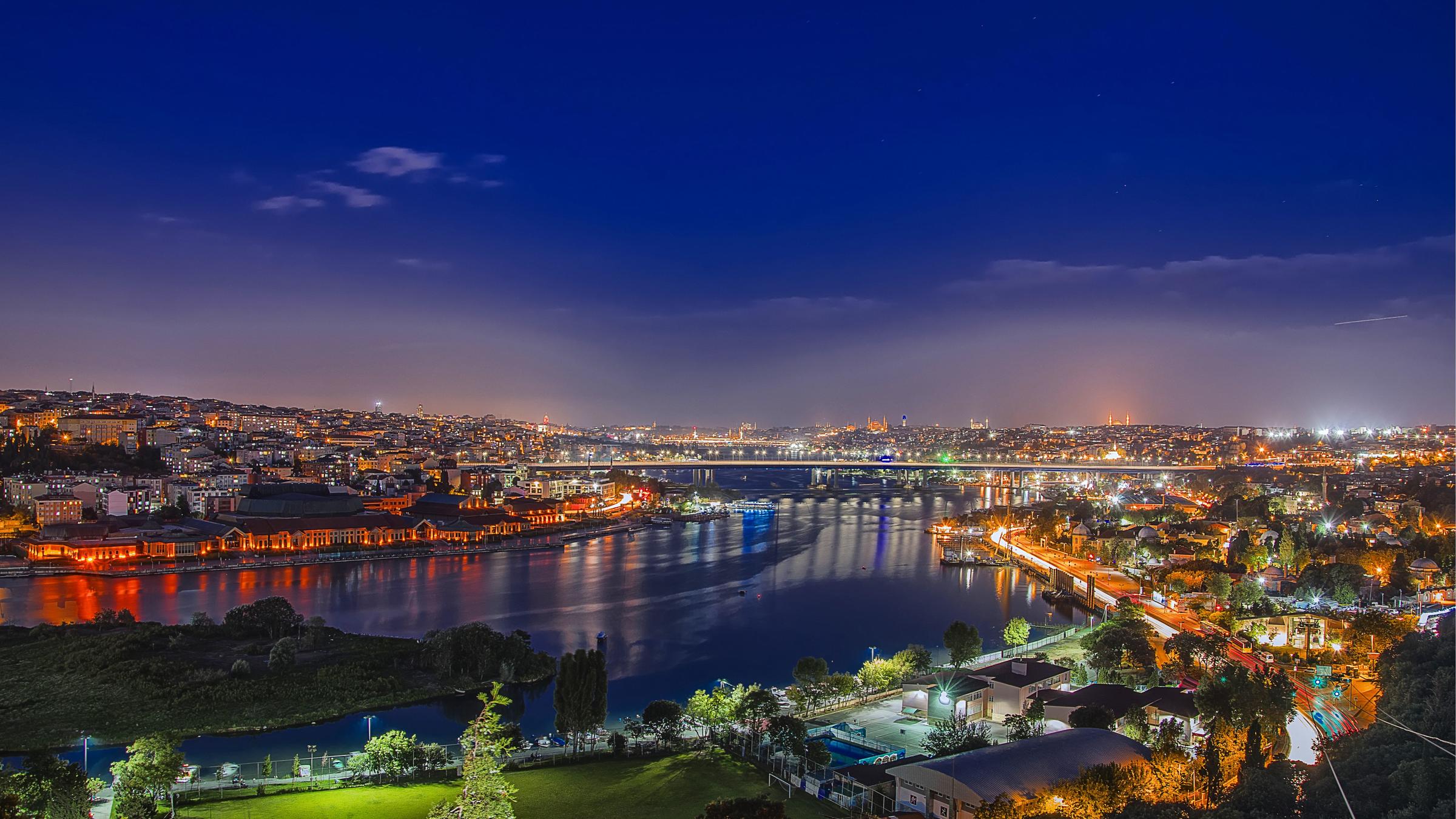 The 21st part of 50 places to visit in Istanbul is Pierre Loti Hill. This place was used as a traditional coffee house for many years and it gets its name from the French author which was one of the addicts of the place. You can prefer to walk or go by cable car to the hill and witness the epic sightseeing. It has a special point of view for Istanbul and the Golden Horn. It is very close to the Feshane and the Eyüp Sultan Mosque. 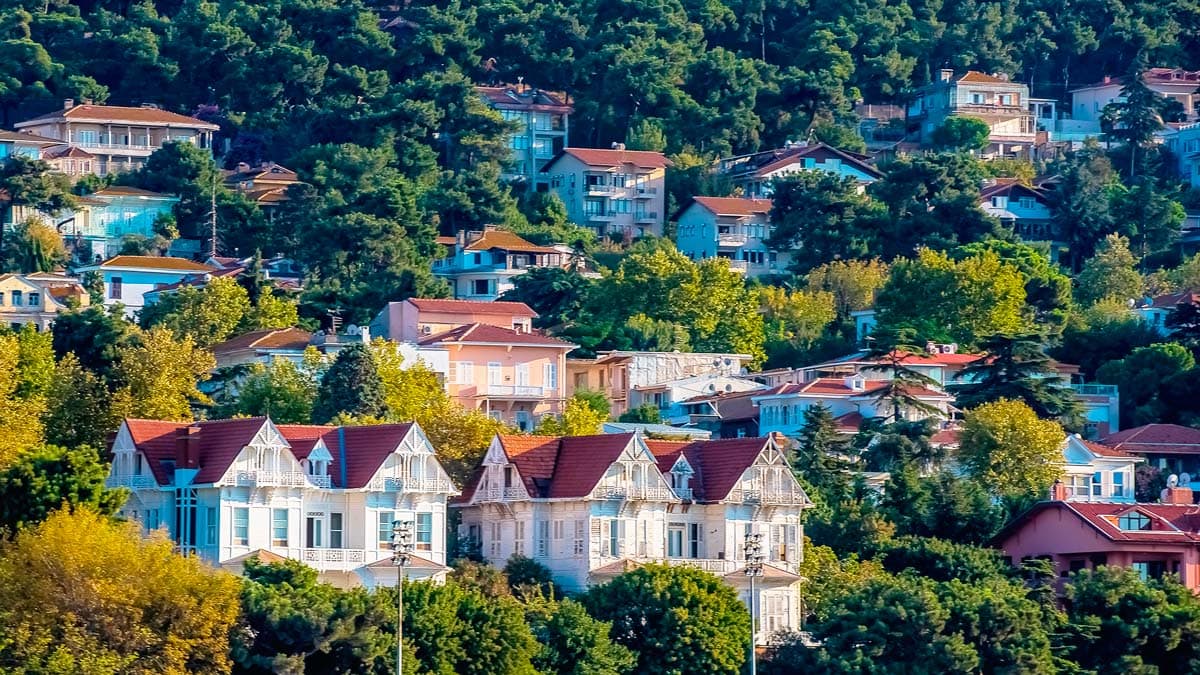 Büyükada is the biggest island of the Prince’s Islands. The name ”büyükada” actually means ”the big island” which is understandable. The island is located next to the Bostancı, Maltepe, and Kartal in the Anatolian side of Istanbul. The Hagia Yorgi Church is also located here too. There are many people riding a bike on the island and you can see many cats and dogs too. Büyükada has a special atmosphere that can fresh your lungs in a brief time. The architectural style and houses on this island will definitely make you jealous. One of the prominent names in Turkish literature, Reşat Nuri Güntekin had lived here too. But you should be careful because the ferries leaving from Island are not up for 7/24. So, don’t miss the ferries!

It is actually the first private museum had opened in Turkey. And the name behind it is the famous Turkish poet and author Sunay Akın. Sunday Akın had collected many toys through the years with his own money for the museum, and used his family heirloom as the building and did it! He opened the first and only private toy museum in Turkey. The toy museum is consists of many floors and rooms full of toys. Every room and floor has special toys with special meanings for both Turkey and the World. They bear a special memory within them. In the museum, you can see your, your father’s and your grandfather’s past in these toys. It is located in Göztepe and has fantastic architecture. 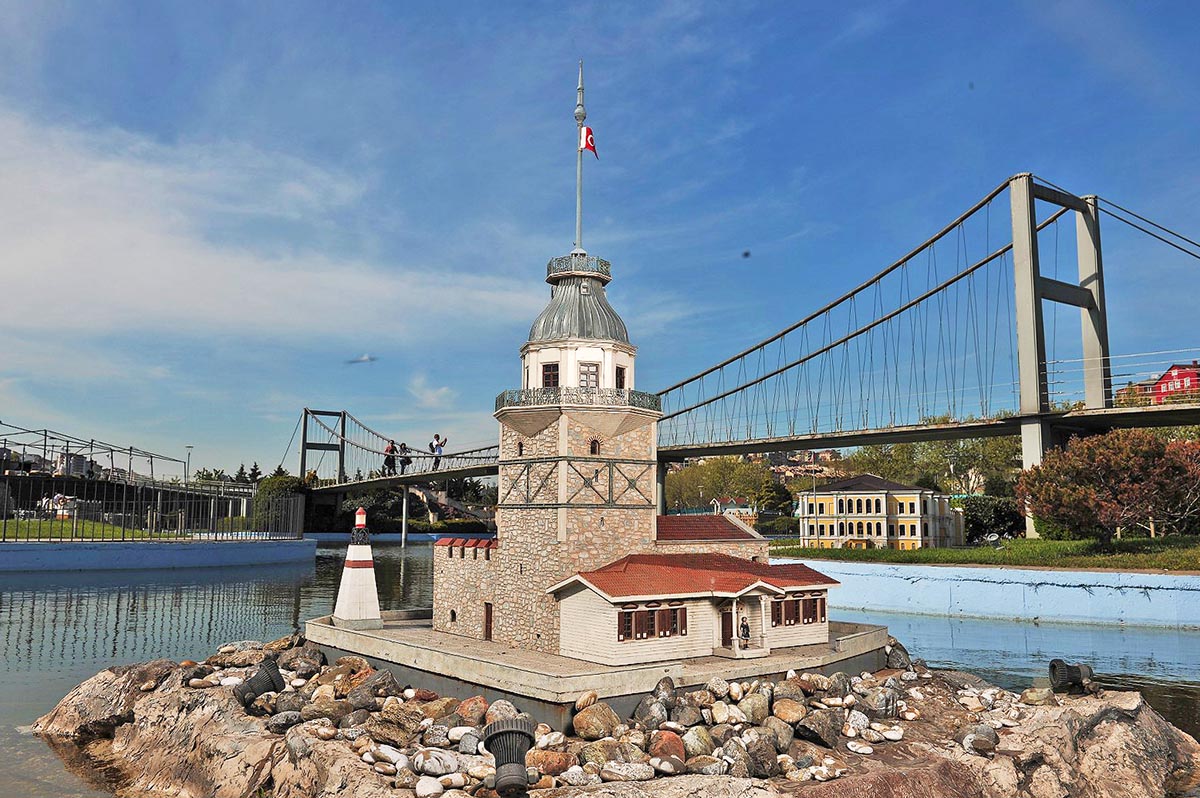 The miniatürk which consists of many geological and historical structures in both Turkey and the World that has a link with the Turks has become a very famous place in a brief time. The open-air museum has mini models of real historical structures and it will give you a pleasant Turkey tour within a day. It is located at the Golden Horn coast and it will definitely attract people from every age range. 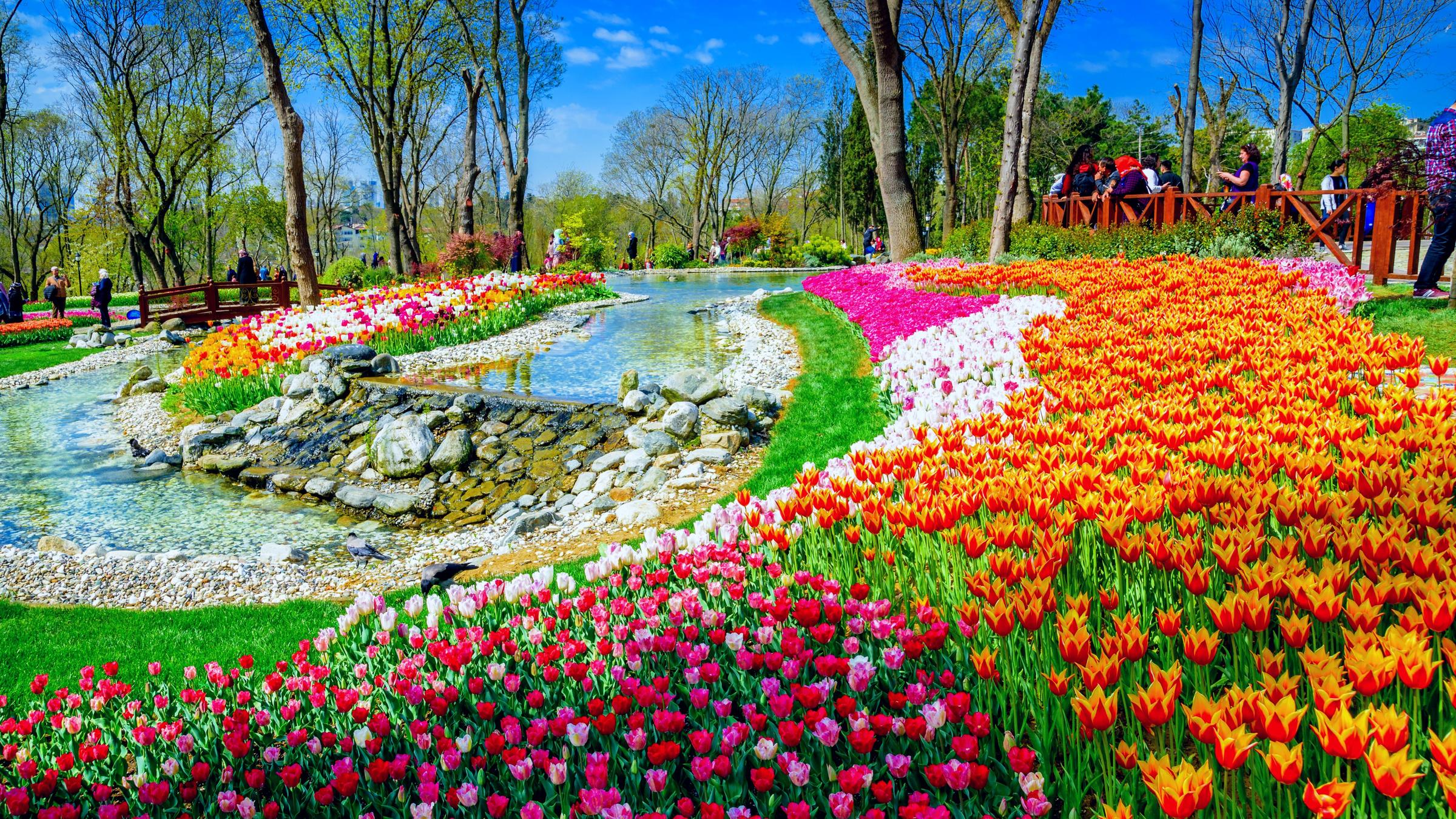 The Park of Forest which is located inside of the Sarıyer with a view looking at directly to the Bosphorus is full of Tulips which is a symbol of Istanbul. At a location that can be reached from the crowdedness of Istanbul, it can offer you a fantastic weekend away. The date of Emirgan dates back to the Ottoman Empire. Murat III gave this Park as a gift to his rival Emir Güne Han which was an Iranian Emeer. Between 1871 and 1878, Emperor Abdülaziz built three mansions inside of the park which are the Yellow Mansion, The Pink Mansion, and the White Mansion. 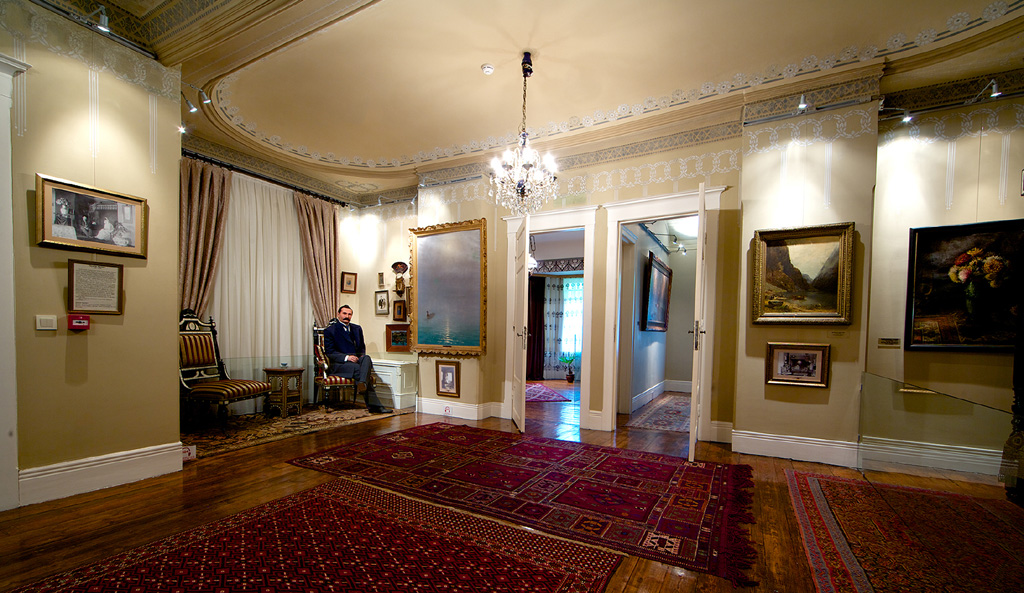 The 26th part of 50 places to visit in Istanbul is the museum which was built inside of the Aşiyan Mansion, the everlasting house of famous Turkish literature artist Tevfik Fikret has many interesting features waiting for you inside. Besides Tevik Fikret, it also has artifacts from the world-famous Turkish man of the letters Abdülhak Hamid and many more. The museum has a special place in Turkish literature and is located on the Bebek-Sarıyer coastal road. 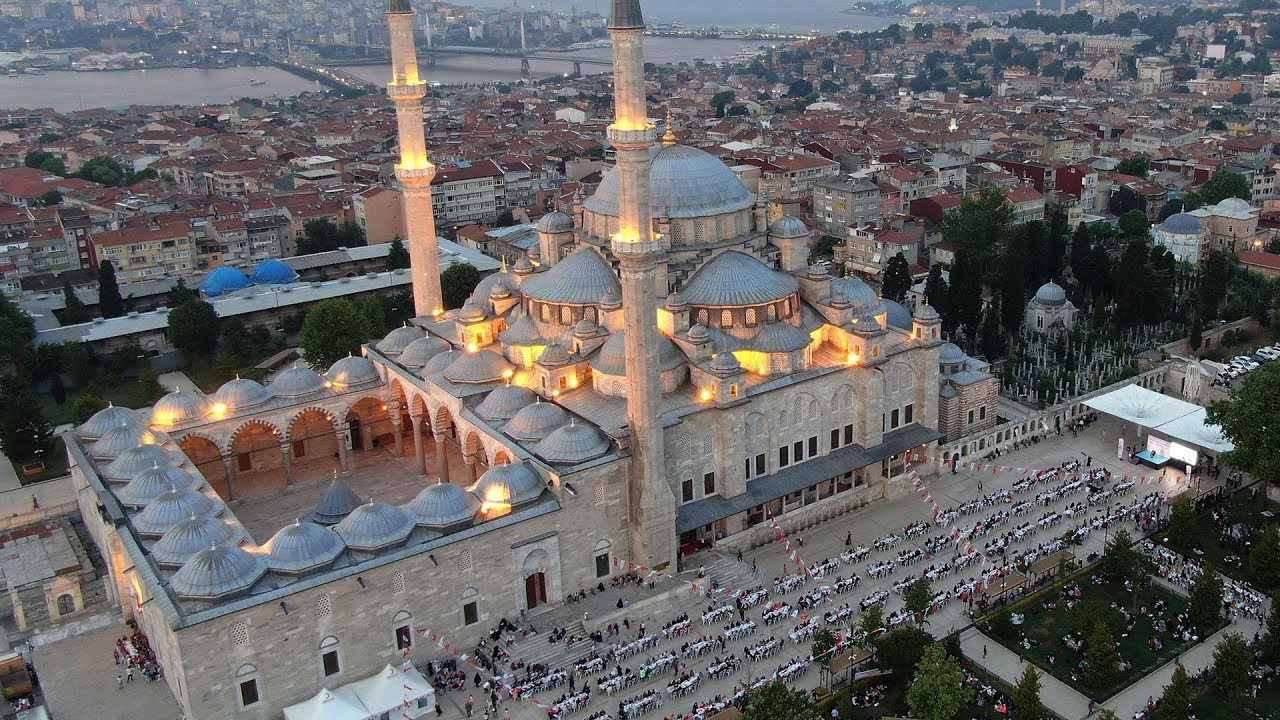 The 27th part of 50 places to visit in Istanbul is the Fatih Mosque, which was built by Fatih the Conqueror after the conquest of Istanbul is among the best city planning examples. The mosque is constructed inside of the külliye that was built by the Fatih and it is also located inside of the district named Fatih. One of the most powerful emperors in history, the Conqueror’s mausoleum is inside of the mosque too. It is also a great example of an architectural style of that era. 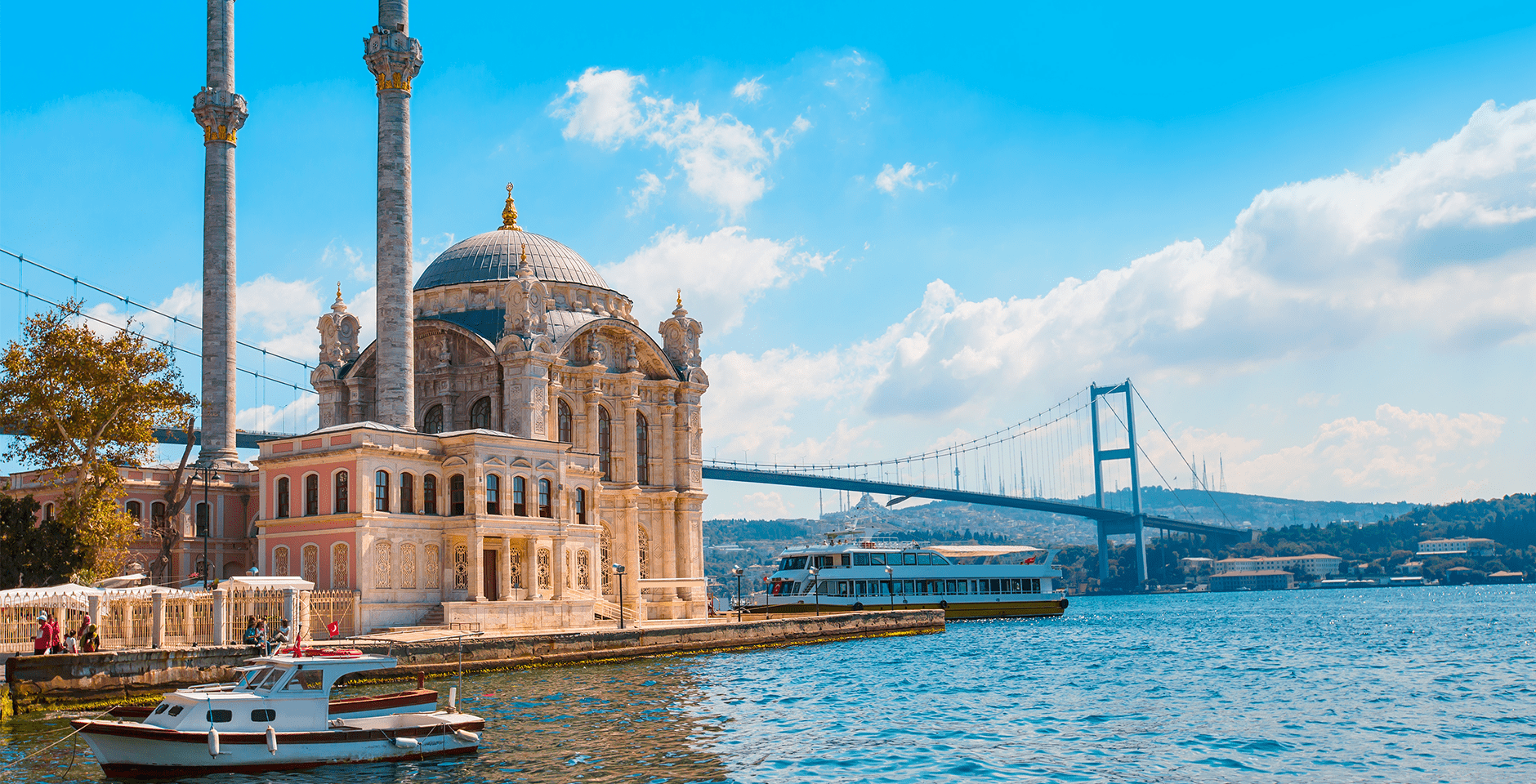 There is a familiar view from postcards showing Istanbul; a mosque on the seafront and the Bosphorus side by side. Ortaköy Mosque or with the official name, Büyük Mecidiye Mosque is the place you have seen from these postcards for years. Büyük Mecidiye Mosque is one of the most interesting structures of Istanbul and the Bosphorus. It was originally designed by an Armenian architect, Garabet Balyan, and his son Nigogayos Balyani who were also built the Dolmabahce Palace too. It was built in the neo-Baroque style with pink mosaics covering the ceiling. It has two long minarets and still going from a restoration.

If you happen to pass by Istiklal Avenue, you couldn’t have missed this famous church. It is located in the center of the Avenue and nearly every tourist has a photo in here. It is still being managed by Italian priests and the architect is also Italian too. The history of this fantastic church dates back to 1912 year. Even though it was built first in 1724, the original church was demolished for the construction of a new tramway during the twentieth century. Afterward, Giulio Mongeri and Edoardo de Nani came together and made this new church that we are seeing today. It has two famous mosaics inside which depict the Baptism of the Lord and the Supper at Emmaus. 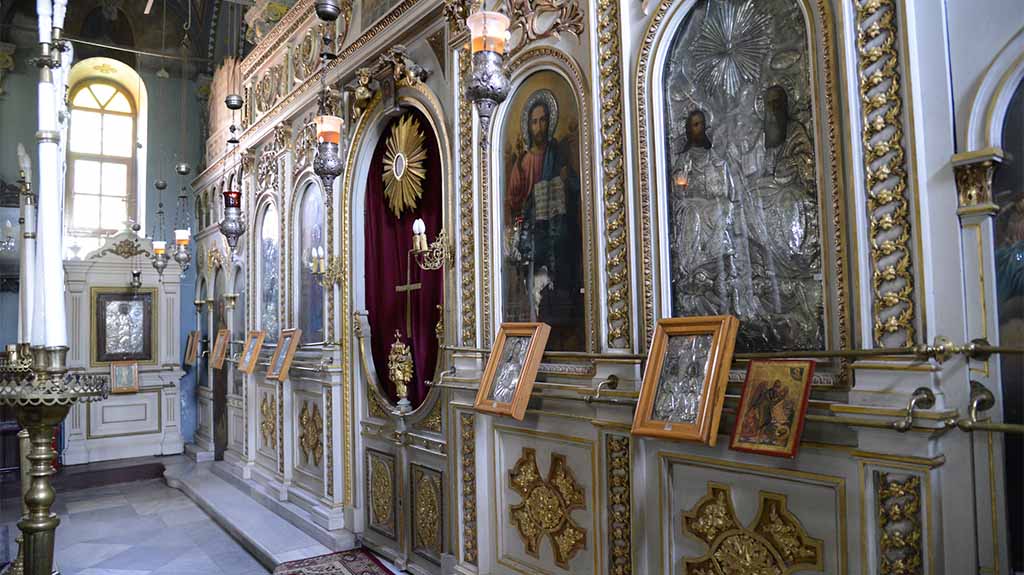 As we mentioned before in our Büyükada topic, it is located on the top of Büyükada and it dates back to the 1700ish years. In order to reach the church, you need to climb hundreds of stairs and it is one of the two pilgrimage points for Christians. According to a myth, if you climb the stairs without speaking at all and opening a thread line all the way, your wishes will come true. So you can see many threads during the stair phase, be careful not to fall.