The Istanbul Archeology Museum is a museum that has been offering history and art to the visitors in Fatih district since 1891. It is the oldest museum building of Turkey and also the largest museums in the world.

It is an art adventure from Ottoman Empire to the Republican Period. This museum was founded by Osman Hamdi Bey as an imperial museum, who are famous for his Tortoise Trainer painting. The collections include works from the Balkans to Africa, from Anatolia and Mesopotamia to the Arabian Peninsula and to Afghanistan, and all located at the borders of the Ottoman Empire. Since the museum consists of Archeology Museum, Old Oriental Museum of Art and the Tiled Pavilion, it is called Istanbul Archeology Museum.

This museum is home to the first museology works in Turkey. This historical place was built beginning from the period of Mehmed the conqueror, however, it became a systematic museum in the time of Imperial Museum. The archeological artifacts collected up to that time in Hagia Irene Church are the foundation of Istanbul Archeology Museums. 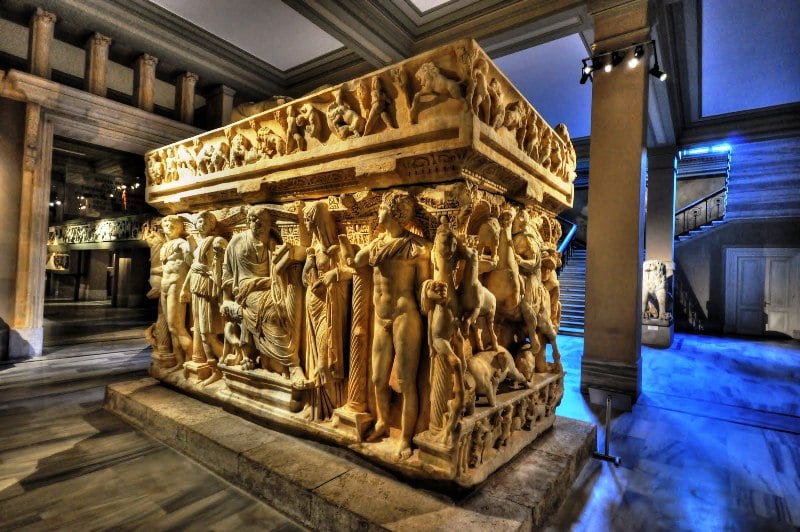 Over time as the number of works increases, the space in Hagia İrene Church is insufficient and a new construction is required. Although a new building could not be built due to financial problems, the “Tiled Pavilion” built during the reign of Mehmed the Conqueror was turned into a museum. This pavilion was restored and opened to the public in 1880. And today, it is under the auspices of Istanbul Archaeological Museum

Archeology Museum: It is one of the most beautiful and magnificent examples of Neo-Classical architecture and has a remarkable architecture. The two entrances, which are reached by wide staircases, resemble a temple with four columns and frontals. In this frontal, there is the writing of “Asar-ı Atika Museum” which means the museum of old artifacts. In this writing, there is tughra of II. Abdulhamid.

Tiled Pavilion: It is the oldest artifact in civilian architecture examples built by Mehmed Conqueror. In the building, Seljuq architecture style is dominant. 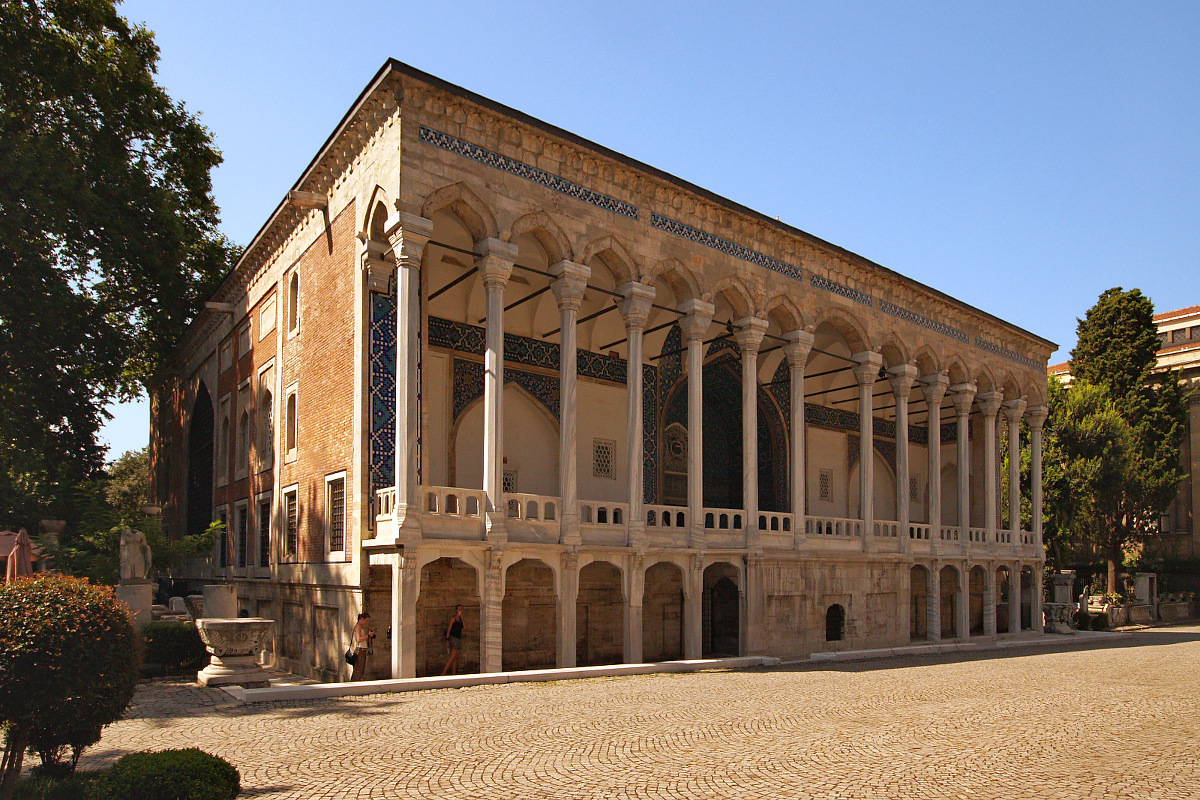 The date of building is 1472 however, the architect of the building is unknown. In the museum collections, approximately 2000 works belonging to the Seljuk and Ottoman periods from the 11th century to the 20th century are exhibited.

The works in the museum are the artefacts and archaeological excavations that were found when they were connected to the Istanbul Archaeological Museum Directorate since they were close to 1981, and they were through the taken to the museum through purchasing, donation and confiscation.

Museum: In this collection, you can see Anatolian and Mesopotamia’s pre-Greek, Egyptian and Arabian Peninsula’s pre-Islamic era’s works. The great majority of these works were found at the end of the 19th century and excavated until around 1914, then they were brought to Istanbul.

The museum consists of many sections such as Pre-Islamic Arabic works, Egyptian works, Anatolian works, Urartu works and cuneiform documents. The narration was made with a regional classification. Among the important works of this section, there are approximately 75,000 nailed documents besides works of Akkadian King Naramsi’s Steli, Kadesh Agreement, Ishtar Gate.

Where Is Istanbul Archeology Museum?

Tramway: You can reach the Istanbul Archeology Museum by getting off Kabataş-Bağcılar tramway line at the Gülhane stop.

Ferry: If you want to go Anatolian side, you can choose Kadıköy-Eminönü and Üsküdar-Eminönü ferry to get to the tramway line from here.

After visiting the Istanbul Archeology Museum, there are different places you can see around the city. You can visit Istanbul Turkish and Islamic Art Museum, Hagia Sophia Museum, Topkapi Palace, Turkey Isbank Museum, Istanbul Museum of Islamic Science and Technology and Basilica Cistern.