The real name is Büyük Mecidiye Mosque and it is known as Ortakoy Mosque among the people. The mosque, built in Neo-Baroque style, is located in the Beşiktaş district of Istanbul.

It is shown as the Ottoman Dynasty having its mosque which was completed in 1856 and opened to use. The architects who worked on the work; Nigagos Balyan and Garabet Amira Balyan. The work, which is one of those that comes to mind when you say “Bosphorus”, forms the basis of the Istanbul silhouette.

The mosque, known for its fine and elegant minarets, attracts great interest from boats and ferry boats that tour the Bosphorus. The mosque is single-domed and opens onto the main building with a square plan. The names “Allah, Muhammad and Hulefa-i Rashid” in the monument of the minarets rising from the circles of the hinterland on the northern front are written by Sultan Abdulmecid himself.

An Armenian architect, a work of art that is renowned as a memory of Istanbul, is the most prominent figure in the city today and a familiar figure of every Istanbul person. 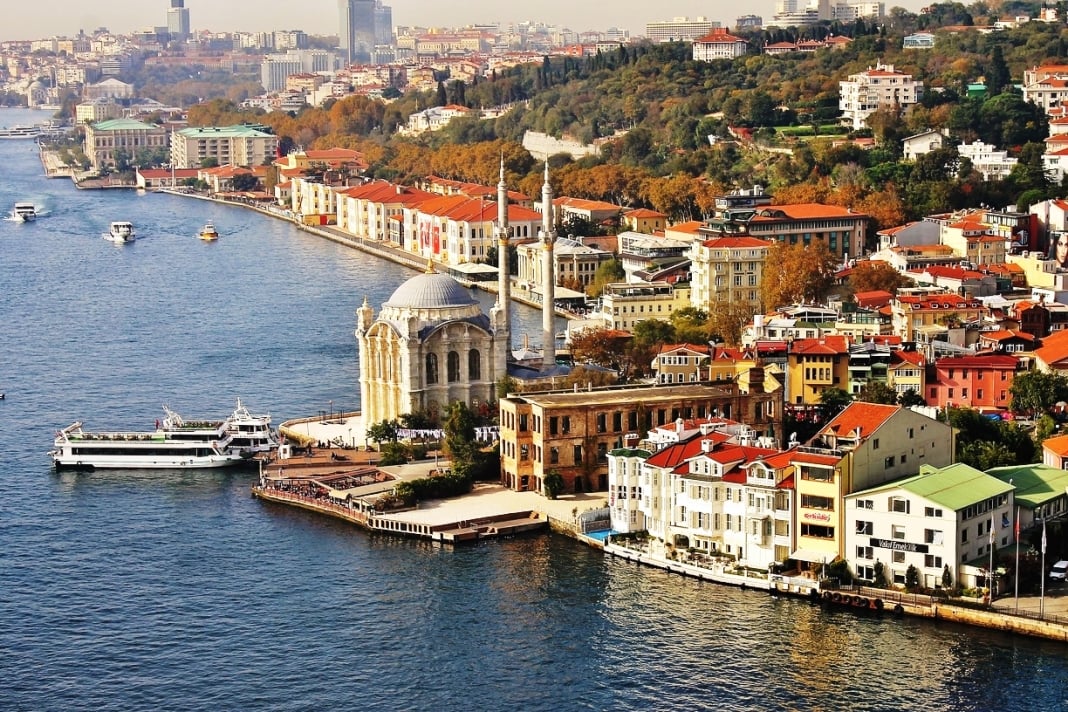 The mosque rising on Ortaköy Iskel was built by Abdülmecit. One of the rare examples of Baroque architecture, the building is a symbolic structure for Istanbul.

The mosque, which was built by Mahmut Ağa, the son-in-law of Vezir Ibrahim Pasha before the mosque was built, was destroyed during the Patrona Khalil rebellion. 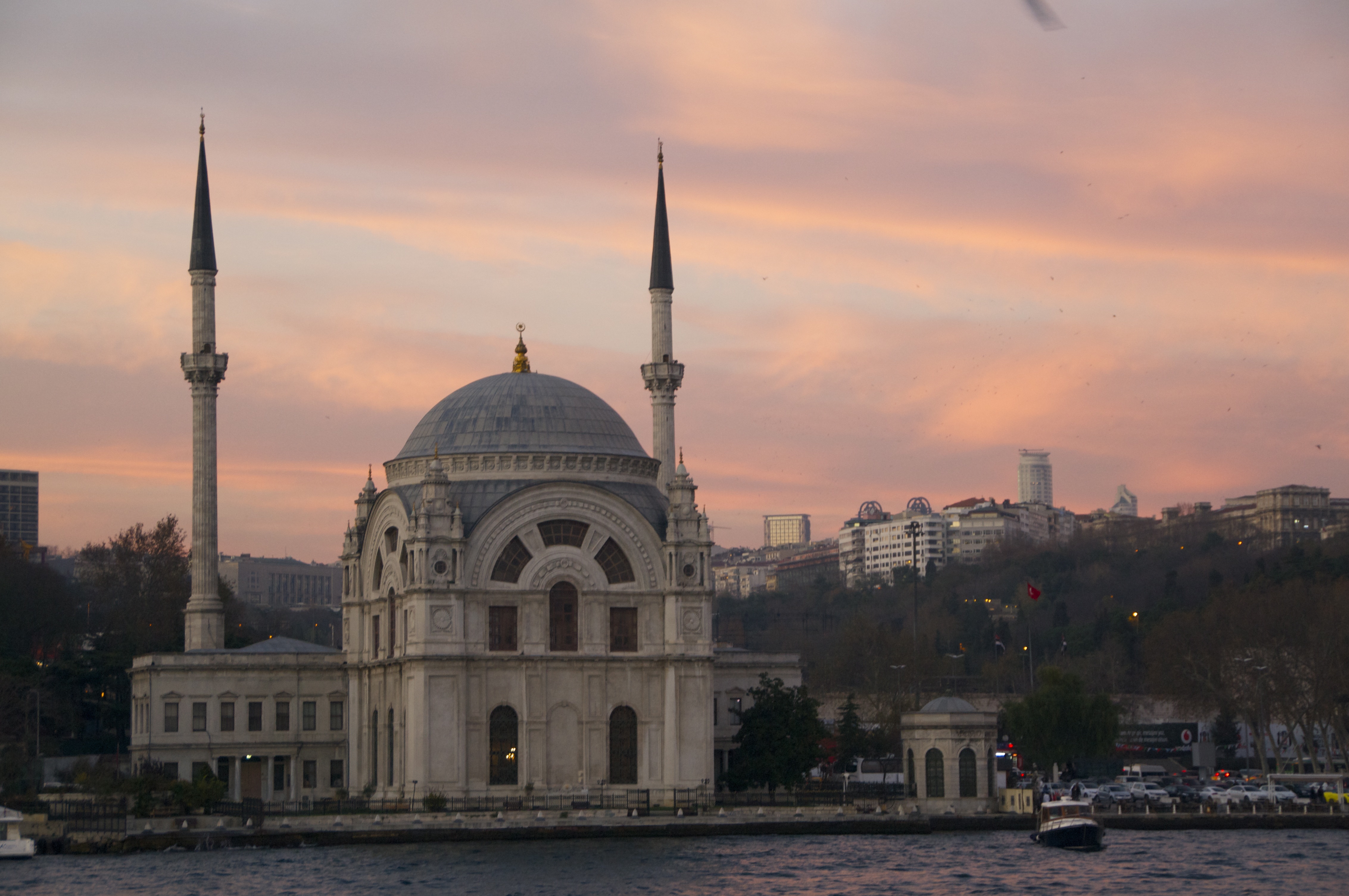 The mosque, with an edge length of 12.25 meters, consists of main and intermediate sections with a square garden. Ortaköy Mosque has a dome covered with pink mosaic. The dome is reinforced by placing it on the body walls.

The mosque has two minarets with a single honor. Mihrab is made of mosaic and marble, and marble workmanship is also in the minibar. The elliptical staircase at the northern entrance of the bell provides two bellows.

During the Patrona Khalil rebellion, Ortaköy Mosque was built in the vacant area after the demolition of the mosque. 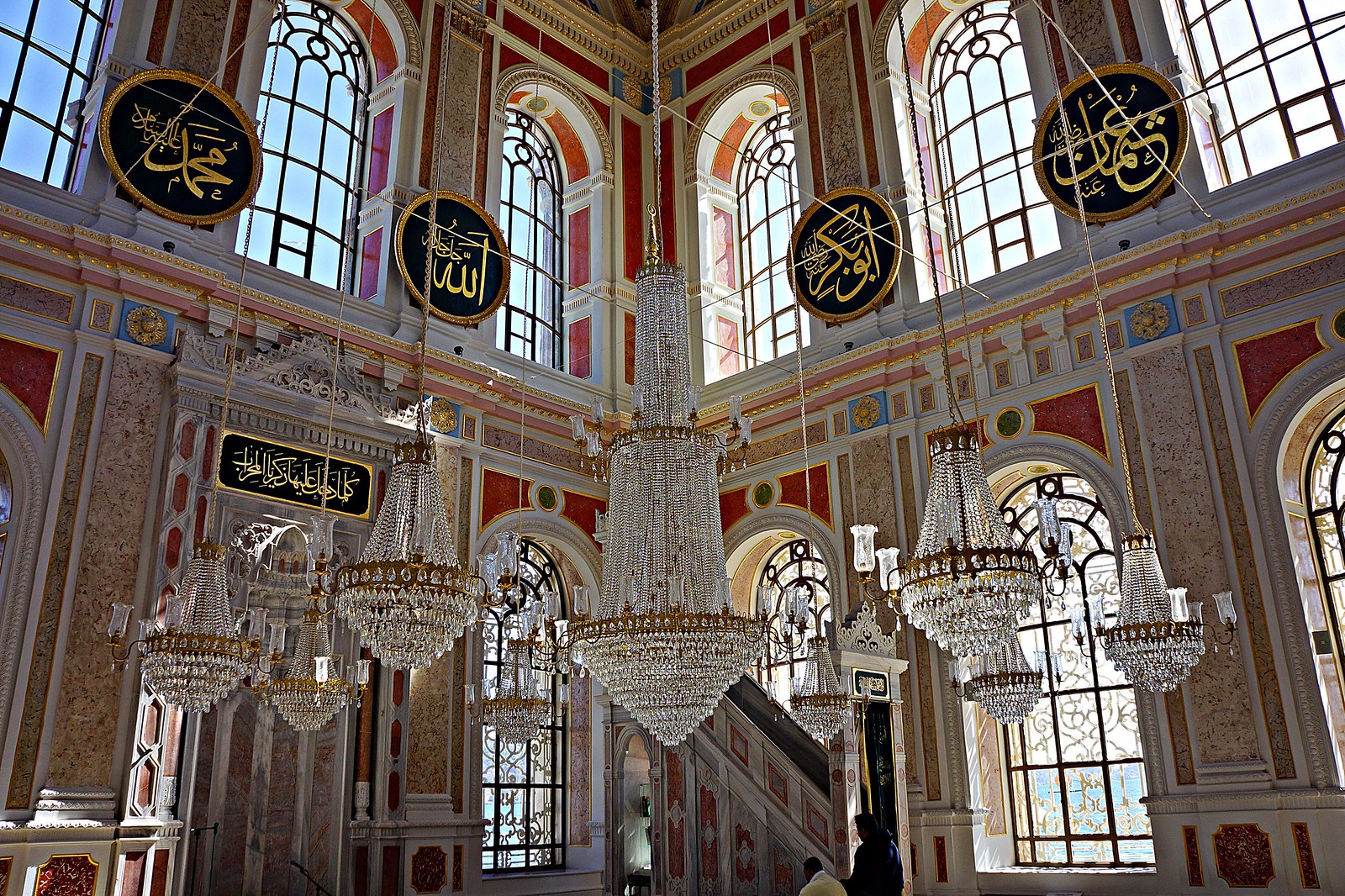 It was restored as a result of damage to the cone section of the mosque minaret in the Istanbul earthquake of 1894. The mosque was reinforced by the fact that it had the risk of collapse when it came to 1960, and in 1984 it survived a serious fire hazard and was restored as appropriate after this event.

The Ortaköy Mosque, which has a very magnificent structure, can be clearly seen from the coastal part of the city. The mosque, which was closed and restored for the last time in 2014, is being visited by local and foreign tourists.

The signatures of two architects are found in the construction of the Ortaköy Mosque. These; Nigagos Balyan and Garabet Amira Balyan.

Nigagos Balyan is the first son of Garabet Amira Balyan. Among his most important work is Dolmabahçe Palace, which he worked with his father again. The architect who lived in Istanbul between 1826-1858; Dolmabahçe Mosque, Küçüksuk Kasrı, Çırağan Palace and Ihlamur Kasrı have been built in great magnificence.

He is one of the most valuable architects of Abdulmecid. Dolmabahçe Palace is the most important work.

The architect lived in Istanbul between 1800-1866; Apart from Yıldız Mansion and Military Museum, it has 7 palaces, 7 churches, 4 factories, 1 tomb, 1 barrack, 2 water bodies, and 3 schools. The tomb of Garabet Balyan, thought to have been buried in Beşiktaş Armenian Cemetery, is lost.

Where And How To Go To Ortaköy Mosque?

The mosque settled in the center of Istanbul can be reached easily by public transport. Using the coast road, buses to Beşiktaş pass in front of the mosque.

Those who want to come from the Anatolian side and visit the mosque can reach Ortaköy Square and Ortaköy Mosque after a pleasant 20-minute walk after they take the ferry from Besiktas.