The Journey of the Turkish Coffee

“Coffee is the excuse of the willingness for the chat.”

Coffee was consumed unless roasted in the highlands of Ethiopia for centuries; because people used to boil the coffee plant’s fruits. So as you see, it was not the usual way we are familiar with. (First roasting and then grinding it…) On top of all, women used to flour the coffee plant’s fruit and make bread out of it! How do you think coffee, a fact included in the culture of Europe and thereby the US which was actually derived from Europe, arrived on those continents?

By Turkey; you see that we never stopped being the bridge during history. 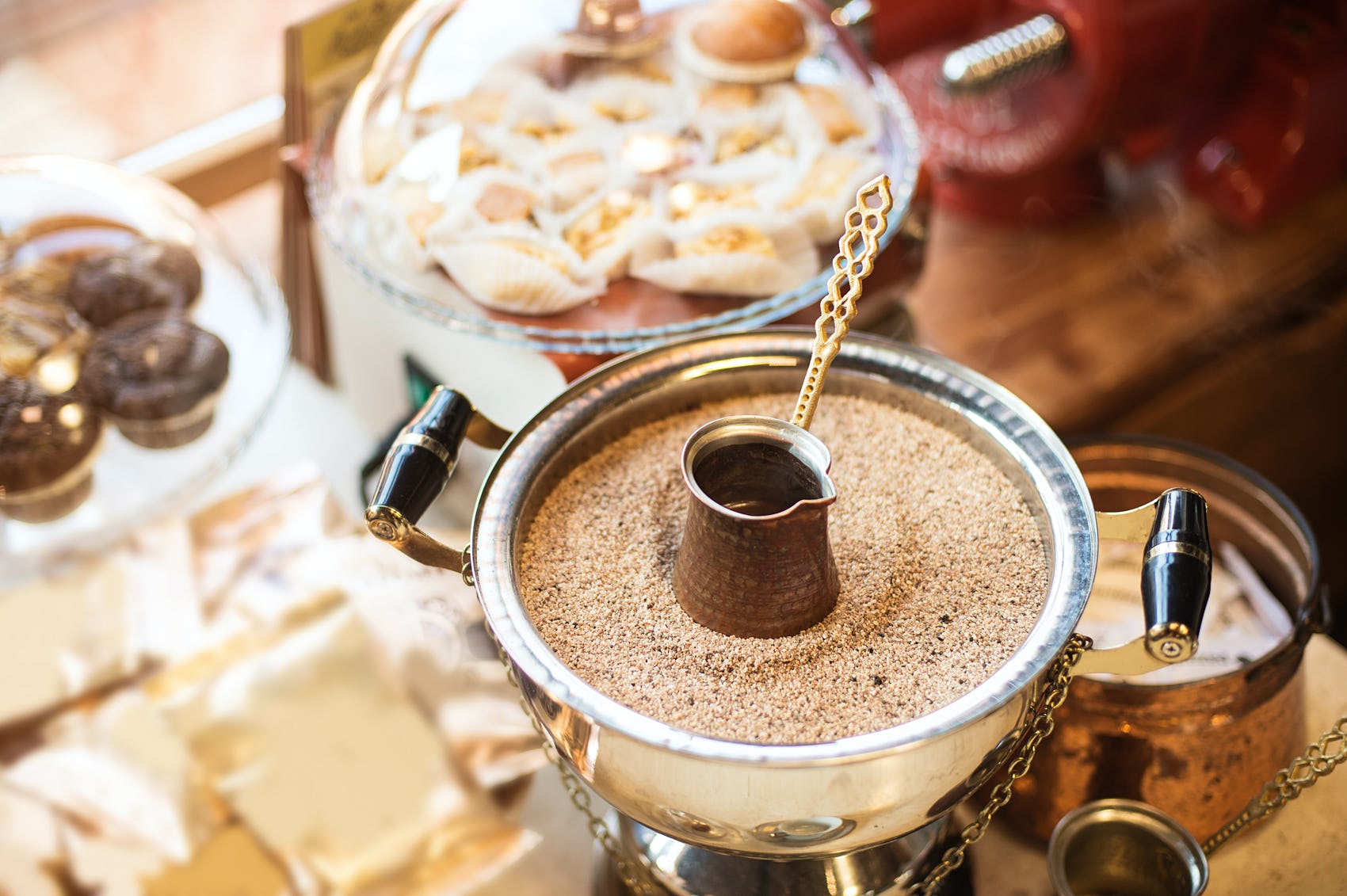 Let’s continue our journey and hit the road to 14th century’s Yemen. Guess who the Governor of Yemen was during the reign of Kanuni Sultan Süleyman, “Suleyman the Magnificent” in other terms: General Ozdemir…  General Ozdemir loved coffee which he had the chance to drink often while he was governing Yemen and brought it to İstanbul cause it was so hard to live without it anymore. And so, coffee was recognized as a prestigious drink in the palace. And furthermore, a title which was called “the coffee man” was created and included in the titles given in the palace. If you wanted to be the coffee man, then your trustworthiness had to be checked. And of course, your capability to keep secrets… Cause you could even be the Grand Vizier right after accomplishing the mission of the “coffee man”… 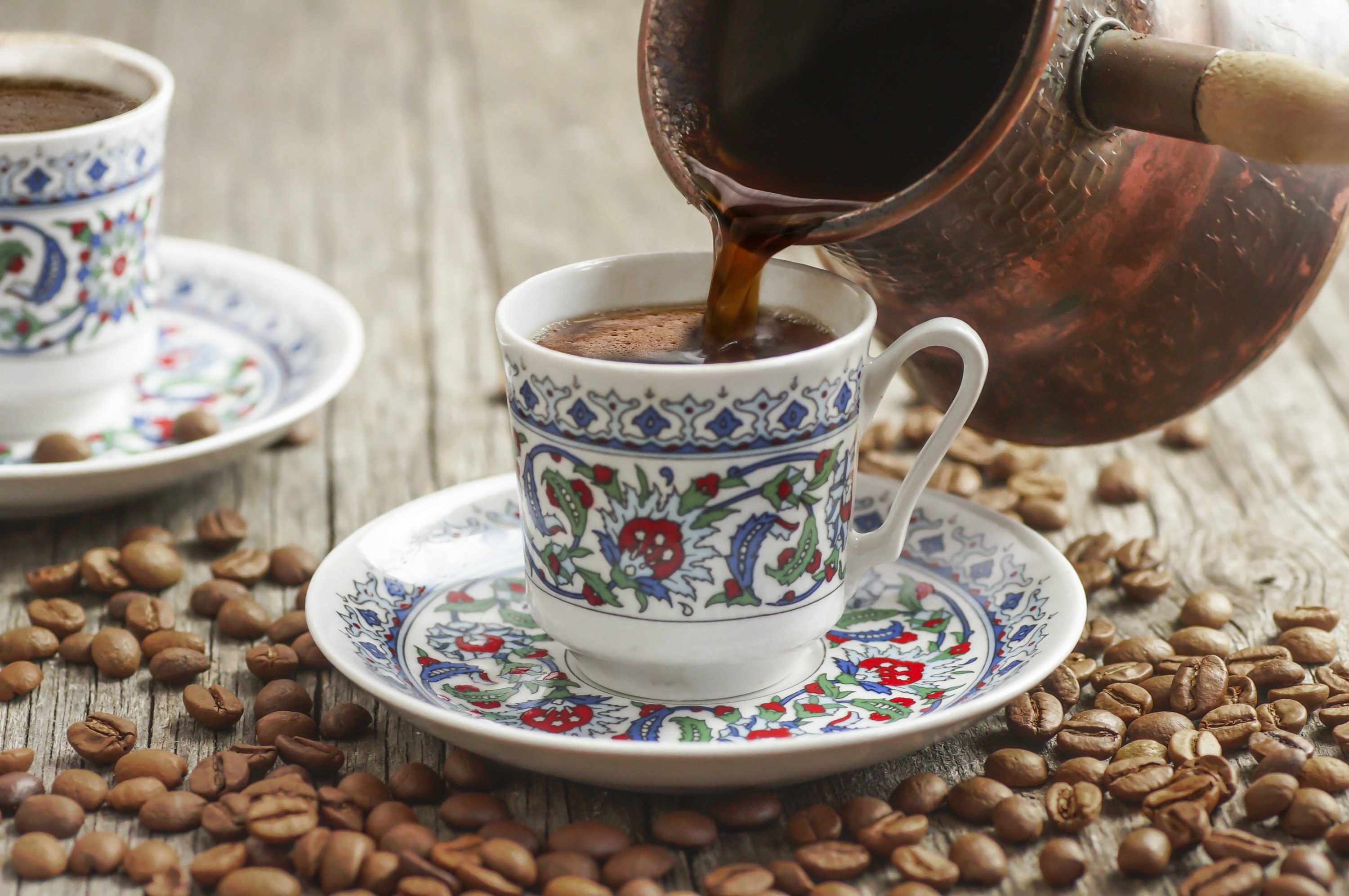 Coffee, after conquering the palace, started to wander around the streets of Istanbul. It finally placed itself in kitchens of houses, was roasted in pans and grinded in mortar and pestles, and then cooked in pots.

We can mention mırra (bitter coffee with cardamon), cavalier coffee, ash coffee, terebinth coffee, and flirtatious coffee among the most known Turkish coffee types. And this great taste can be flavored with some other aromas like cardamom, rose, gum, and many more…

Coffee is the common and centuries-old tradition of the world, and so there should be some legends about it. The story says, in the middle of the 8. Century, a shepherd realizes that the afternoon sun makes him sleepy. But the very same sun didn’t even affect the flock, but just the opposite: the sheep got energized. That was exactly because they had been biting the red coffee plant fruits. The shepherd didn’t even know what was in the red fruits but he just boiled them and drank. That’s the legend; so you can believe it or not. That was how the coffee took its first step into our lives. 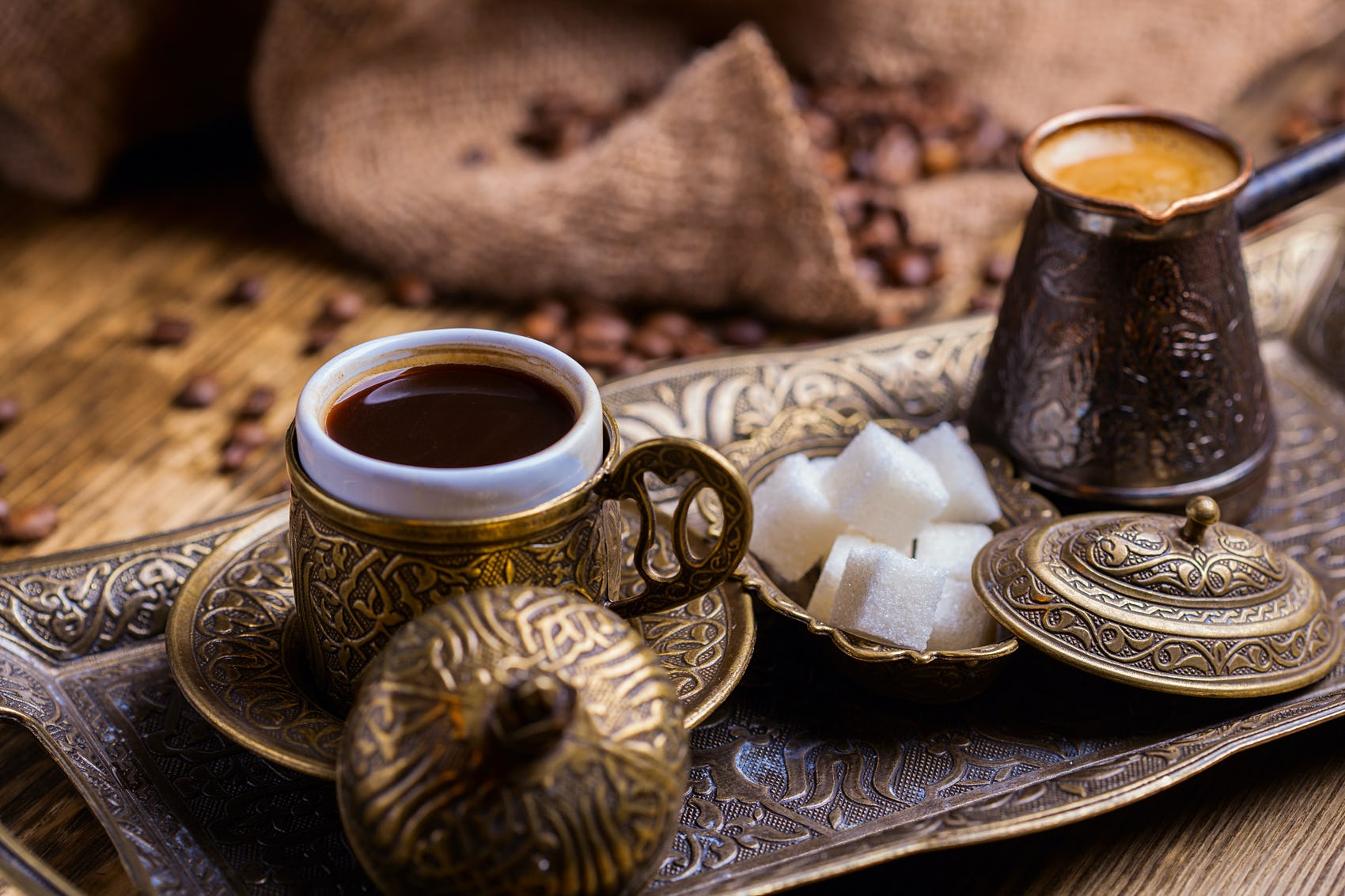 Turkish coffee is the only coffee type around the world that is served with grout inside… Its unique cooking style and taste is known worldwide and Turkish coffee keeps its fame with its must: Foam. Its taste and warmness can last long thanks to its velvet-like foam which can keep its shape for a few minutes. Turkish coffee can be cooked in almost 40 styles and they are the oldest cooking styles.

Before taking the first sip from your cup of Turkish coffee, drink a glass of cold water and prepare your mouth for the feast of taste. Another different and unique side of Turkish coffee is that we make the sugar rate depending on the drinker’s request and we add up the sugar in the coffee while it’s been cooked. Turkish coffee contains less caffeine than the other types and with its syrup-like stiffness, it moves our taste buds and makes us love it again and again at each time we drink.